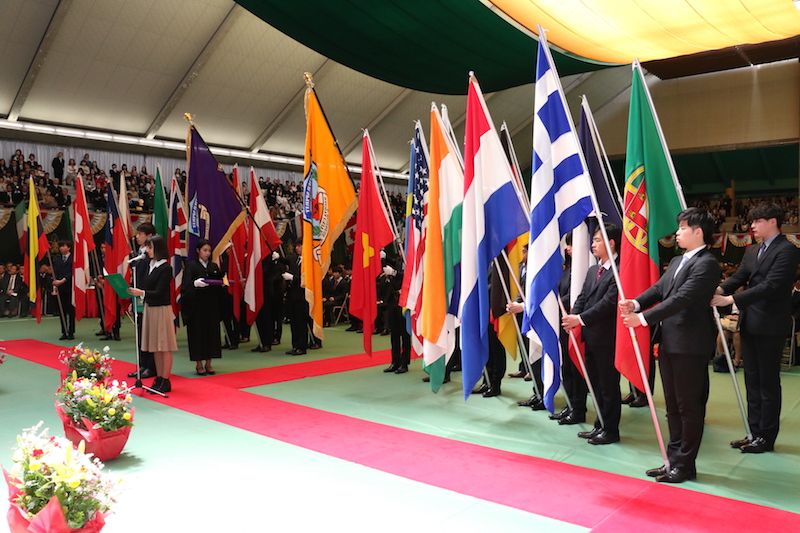 Originally established in 1935, NUCB was the first undergraduate institution in Japan and one of only 5% of business schools worldwide to achieve the much sought after AACSB accreditation.

Our main campus, Nisshin Nagakute, is set in the beautiful Nisshin countryside just outside of Nagoya City where we have almost 3,000 students and over 100 faculty. We are the only university in Japan to offer a BBA degree taught 100% in English.

We also have a downtown campus located within walking distance from Nagoya station where we teach solely using the Case Method.

“Frontier Spirit” is the founding spirit and motto of the Kurimoto Educational Institute. The Founder of our family of schools, Dr. Yuichi Kurimoto, the first international graduate of the University of Alberta, Canada. While he was a student there in the early Showa era, he was very impressed by the energy by which the Canadians were opening up to the western frontier.

“Frontier Spirit refers to the school's mission to create leaders rather than followers, to nurture young persons who think creatively and independently and to impart to students the skills and qualities that they will need to become pioneers in the future. Specifically ‘Frontier Spirit’ refers to the spirit of that person who never gives up and who, by acting in an original manner, seeks to benefit humanity, society, and the nation.

NUCB was the first accredited AACSB undergraduate institution in Japan. NUCB achieved accreditation of its undergraduate and graduate programs in 2006 and successfully maintained it to date.

In order to earn and sustain business accreditation, NUCB must align with a set of 15 business accreditation standards that focus on mission and strategic management; support for students, faculty, and staff; learning and teaching; and academic and professional engagement of students and faculty. 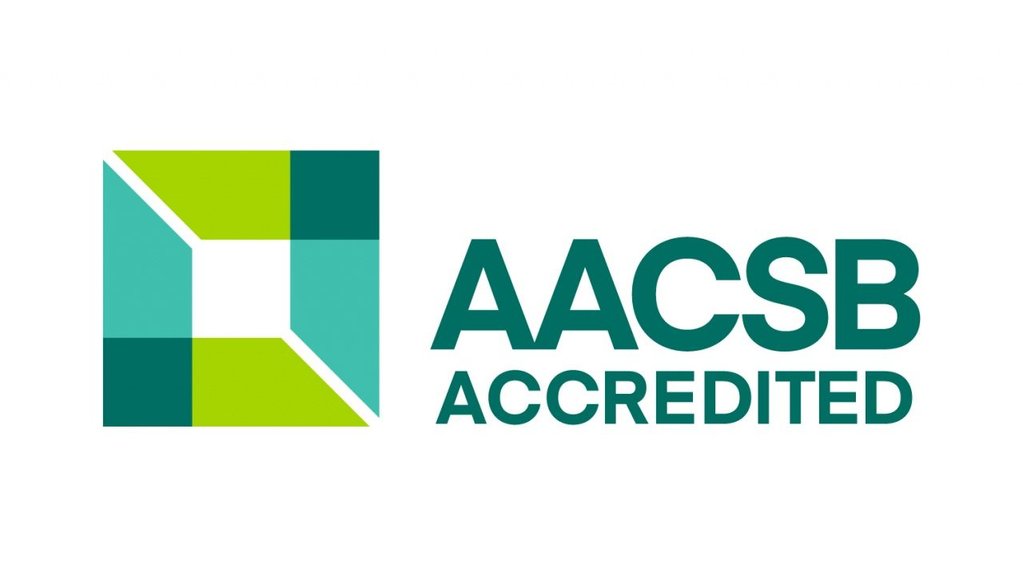 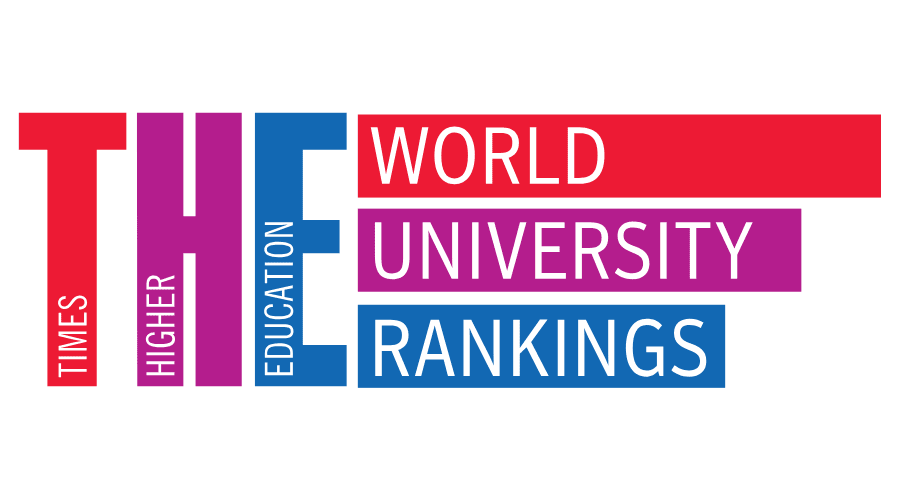 Want to improve your Japanese? Come and study at NUCB!

Nagoya University of Commerce and Business welcomes over 150 international students each year. Due to a diverse range of students, our university offers a range of Japanese classes from basic level to advanced. We focus on improving your ability to read, write, speak and listen through high-quality lessons from experienced teachers. I hope you choose NUCB as your choice to study abroad where we can build a strong foundation for your bright future.

This innovative method of teaching engages students in activities such as discussions, group work, and presentations which are essential in the business world. This participant led learning method is in contrast to the standard one-way faculty-led mode of instruction. 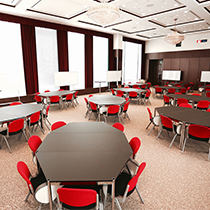 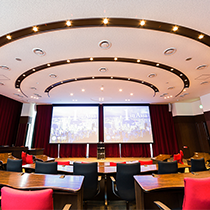 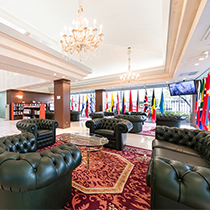 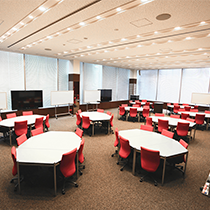 A major feature of our Nisshin campus is that the educational facilities and sports facilities are on a single campus which leads to an active student life.

The Nisshin campus takes advantage of the suburban area, with parking lots and student dormitories available on campus.

Nisshin, located just east of the city of Nagoya, sets a rural backdrop for the campus facilities that resembles many American and European university campuses, providing a calm and quiet environment that is very suitable for students to pursue their studies. There are many other schools in the area, as well as access to great shops and restaurants. 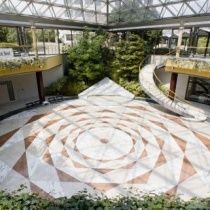 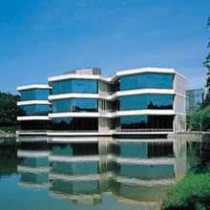 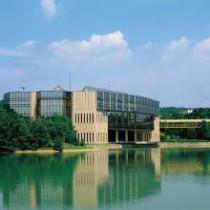 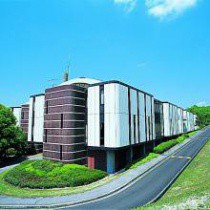 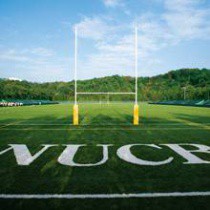 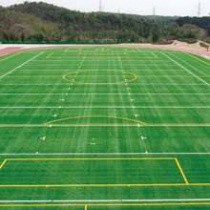 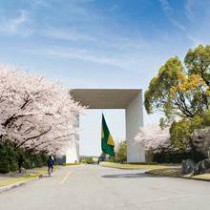 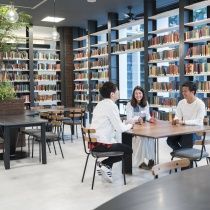 Greater Nagoya is Japan's third largest metropolitan area after Tokyo and Osaka. Home to front-running companies such as Toyota, Greater Nagoya is clean, safe, and an exciting area to live in. Located in central Japan, Greater Nagoya functions as the transportation hub of the country making travel to other destinations fast and easy. Moreover, because the area was once the home of warlords in Japan’s ancient times, it is rich in historical sites and Japanese traditional culture, attracting many tourists. A World Heritage site, Shirakawa-go, is within easy reach, and the city of Kyoto is located only 35 minutes away by Shinkansen. As such, Greater Nagoya is a place where a well-balanced synergy between modern and traditional cultures exist. 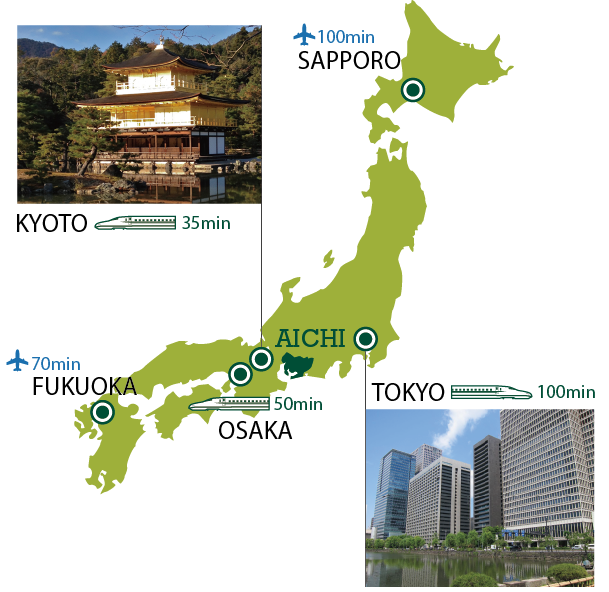 The Most Dynamic Area in Japan

Nagoya is a center of manufacturing craftsmanship, with strong connections to the automotive, aircraft, and industrial robot industries.

Nagoya's population density is only one-third of that of Tokyo or Osaka. The city has a number of lush parks that are great for enjoying the weather, jogging, or taking part in the many seasonal events that are held in the city. It's also a great place for enjoying professional sporting events such as baseball and soccer as well as the annual Nagoya Tournament of the Japan Sumo Association.

There are many well-known tourist spots, such as Hida-Takayama in Gifu or Ise and Toba in Mie, which are easily reached by train from Nagoya. Nagoya also has a well-developed public transportation network of subway and bus lines that make commuting or shopping very easy.

NUCB conducts a thorough document check (including transcripts, essays, recommendation letter(s), a 20-minute interview (in person or video conference for overseas applicants and 1 hour written exam only for those in Japan.

For further details please refer to the application guide here;

NUCB offers dormitories for all 4-years of study. We have private, 1-bedroom dormitories close by to both Nisshin and Nagoya campus.

NUCB offers female-only dormitories to ensure peace of mind for our students and their parent's.

The entrance is secured by a touch keypad and the dormitory is shared by both Japanese students and international students.

NUCB offers a 2-3 weeks internship on our CAPI program where students can work across ASEAN countries for a Japanese company.

There are scholarships available where NUCB will cover airfare 50% of round trip airfare and 50% of accommodation costs.

NUCB has over 100 partners in more than 37 countries where students are able to have a university exchange, double degree, or summer program.

For those that want to improve their language skills, we also have options to study English, Chinese or Korean. 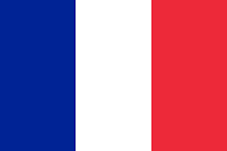 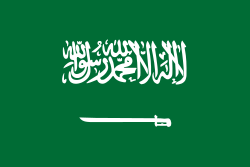